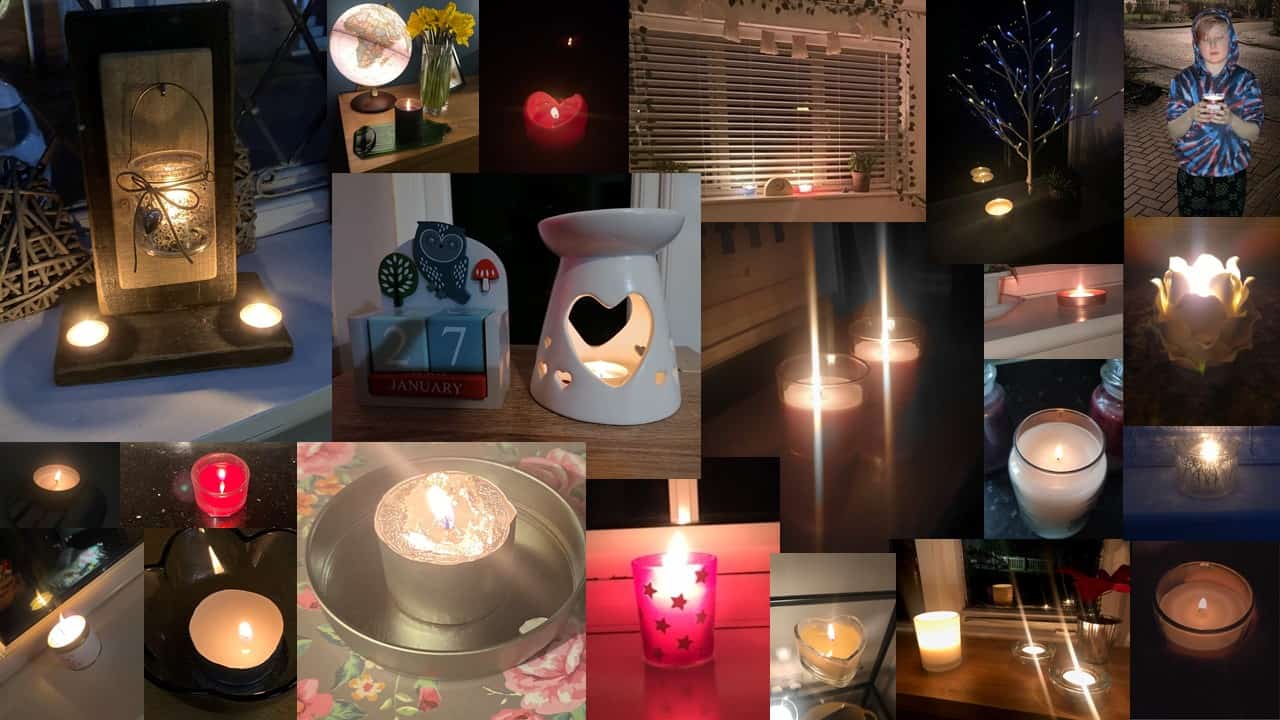 The assemblies that took place last week were on  centred around Memorial Day on Wednesday.  Usually these assemblies will be delivered by Holocaust Ambassadors and overseen by Mrs Correa-Humphries and Mr Hopkins.  Usually, at the end of the assembly, we ask students and staff to lay a stone as a symbol that we will remember.

This year the theme was ‘Be the Light in the Darkness’.  As a symbol of remembrance, and along with many other people across the UK,  we asked for students and staff to light a candle at 8pm (this was being asked as part of the National Day of Holocaust Remembrance).  We also linked this to the core values of respect and compassion.  The photo below shows some of the images that were received from staff and students and felt that it was so touching that we wanted to share.