This week saw the return of Wollaston’s RAG week where the Sixth Form students organise a series of events and activities in order to raise money for a range of charities.  This year we were raising money for The Albert Kennedy Trust, The Northamptonshire Association for the Blind and The Little Princess Trust, supporting the homeless, those with visual impairments and young people suffering with cancer.   As well as fancy dress and a non-uniform day the students have done a superb job of organising competitions such as the Lip Sync battle and family fortunes.  Staff played their part as they volunteered to be the targets of wet sponges or to have their legs waxed.  However, the end of the week saw the greatest spectacles; Saffron in year 9  was crowned the champion of the talent show, defeating a range of other acts with her singing and guitar playing which was met with rapturous applause.  The final act of the week saw Mr Brookes wowing the crowds with the support of Libby and Jess from Year 13.  His dance routine secured top spot in both the eyes of the judges and the capacity crowd.  The week has been great fun, and everyone has entered into it with a superb community spirit.  In addition, the current total raised stands at around £1800 which is a superb effort.  Everyone who has helped to organise this should be very proud of their achievements. 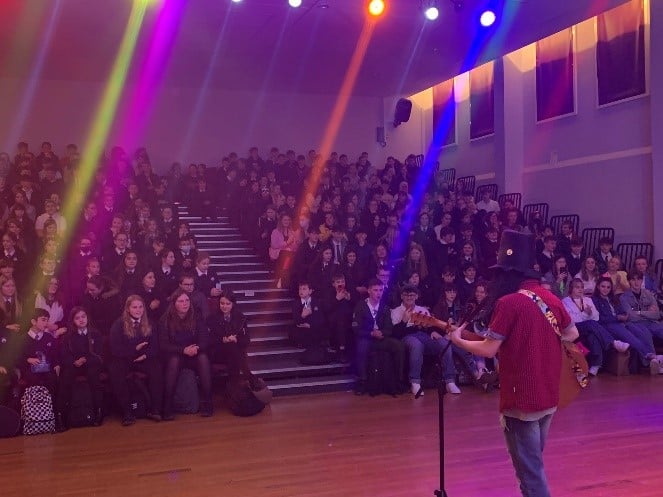 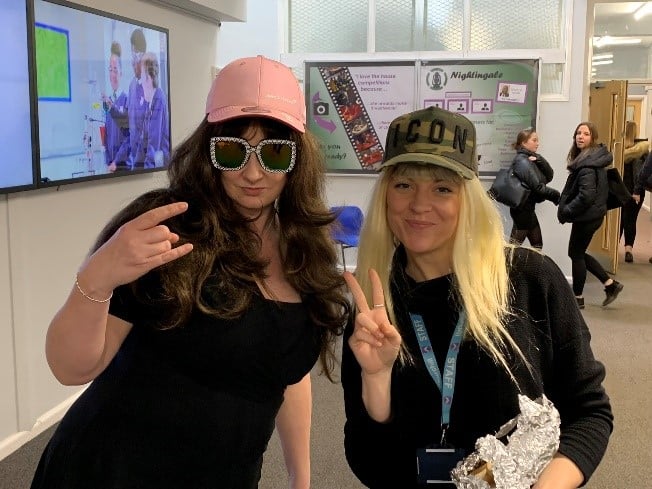 Mrs Ward and Miss Pickwick, winners of the Lip-Sync Battle 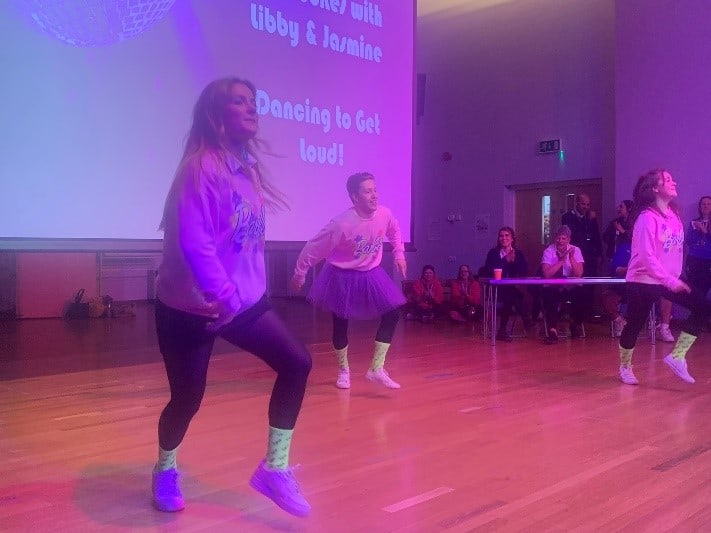 Mr Brookes with Libby and Jasmine in the dance competition