A Game of Forms

When you play the Game of Forms you win or you declare blasphemy within the sixth form, there is no middle ground.

The battle of the forms has returned, and with an assault course tailored for the likes of Rambo (or Mr Beeby) and a gun run straight from ‘Nam, it’s clear to see we’re in for a truly exciting year. As always, our sixth formers decided to partake this challenge with a sense of flare, resulting in a flurry of Dalmatians, rogue hippies and Miss Goodge’s form who just decided to wear the entirety of her wardrobe. With the prize being nothing but pure pride and bragging rights among the form tutors; the stakes were high, as well as the nerves. So, with that, what followed was truly unforgettable, quite literally as the pictures will haunt everyone on Leavers Day. 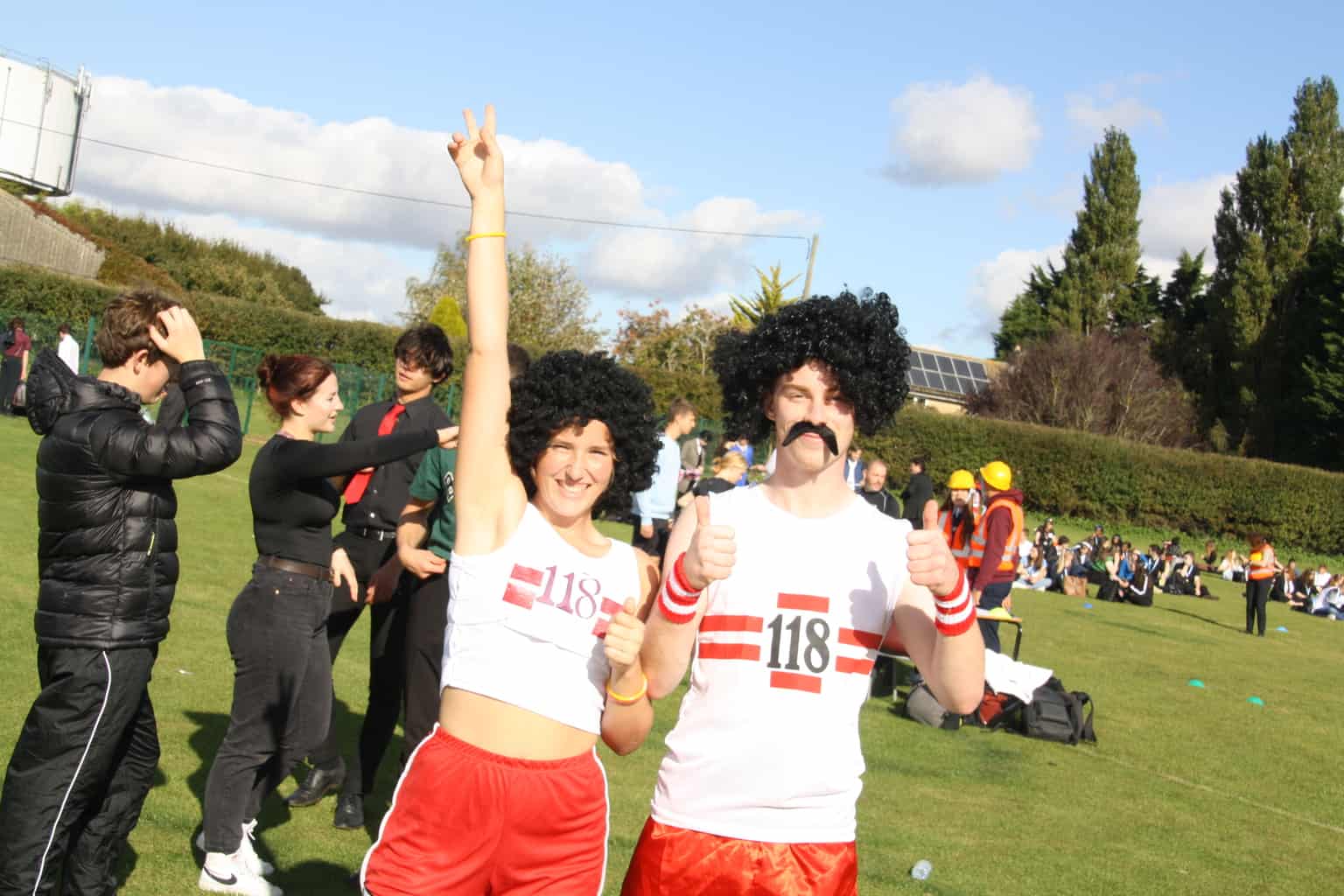 After a riveting morning of UCAS, the real life-changing decisions were about to be made: who would make the teams? Once the careful deliberations had ceased and the crème de le crème of players had been chosen; the games were ready to begin. Our very own, Mr Beeby, fulfilled his dream of becoming Ant Middleton and kindly led the brave participants through a gruelling warm up that brought back war flashbacks for the lucky public services students that partook in discipline week last summer. Once this had concluded the rules were laid out which were as follows: for the assault course, each team were to jump over a jerry can, race through the tyres, weave a tyre through the posts, crawl through a tyre (a lot of tyres, orbit should sponsor us), crawl under the cargo net, before finally working together to wrestle with the comically large skis to cross the finish line. You cannot say we are not creative. Then came the rules for the military gun run, which thankfully required less firearms than what is conveyed in the name. The aim of this game was to carry all the equipment including logs, tyres (yes more tyres, our resources were running thin), ropes and jerry cans, to the designated point, then re-assemble them so that it looks like a gun before carrying them all back to the original point and re-assembling them again. Due to the tremendous success don’t be surprised if you see these games in Paris 2024. 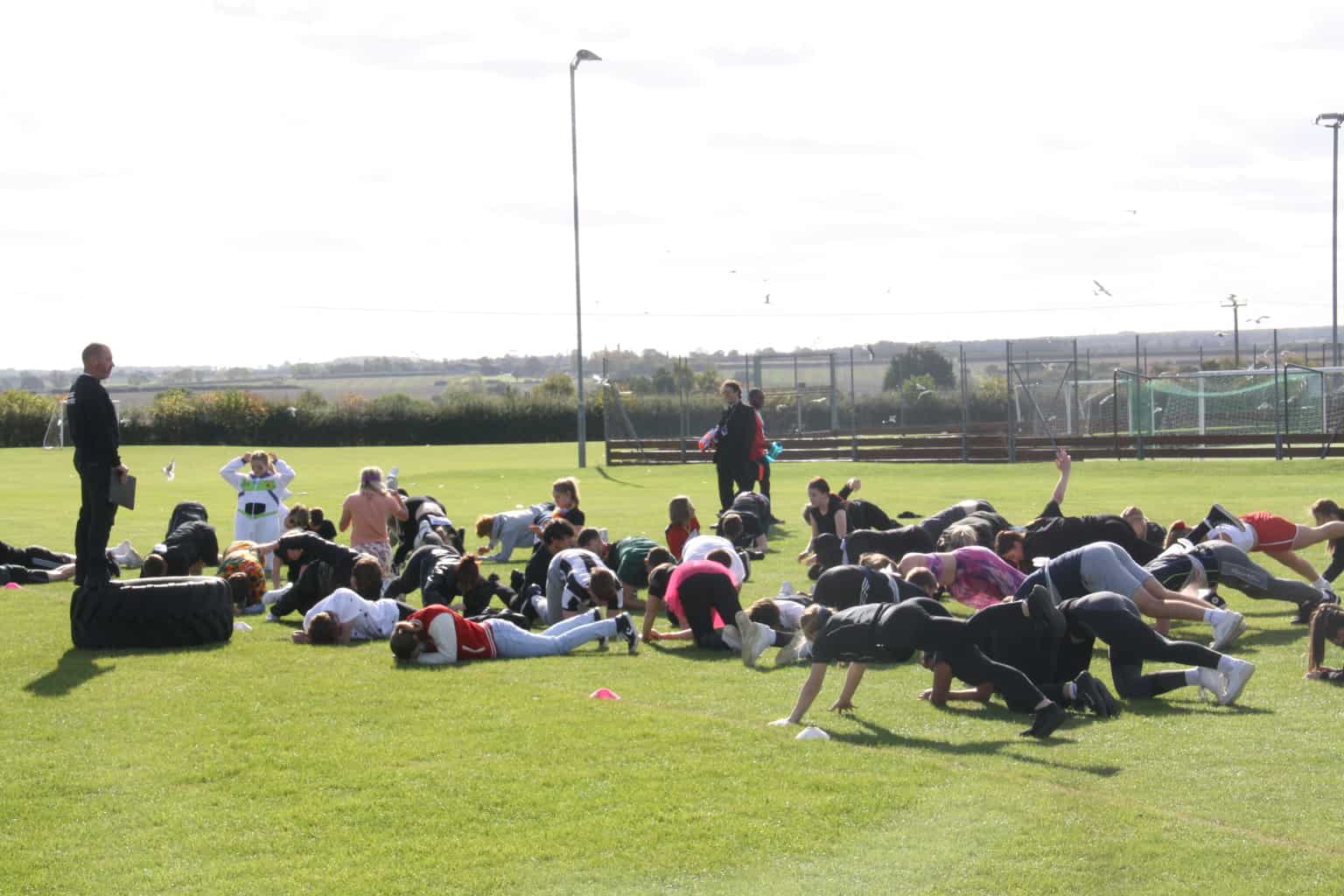 The assault course was triumphed by some but triumphed many others. First to take it on was Miss Goodge’s form in their groovy 80s attire. Unfortunately, after many trials and tribulations, in the great words of Rick Astley, they seemed to “give up”, leaving them with a respectable but slightly “out of touch” time. Others also tried, including Mr Pugh’s form who were dressed in blood smeared bin bags. Notorious for his mean lacrosse abilities, many thought he could bring it home, however much like the summer’s events this dream was short lived. Wollaston’s Southgate fumbled the bag after his team misinterpreted what is meant by left and right. Tensions were also rife when Miss Correa’s pack were let loose. Once again, the group skiing seemed to be their downfall, making us all worry that one dalmatian was about to make the number a round 100. Who knew the joys of sixth form events could incite so much emotion and dedication? However, this was all forgotten when Mr Gordon’s form turned up, as they set a world record (of course there was no previous record as this is a completely made-up game, but it was still very impressive). 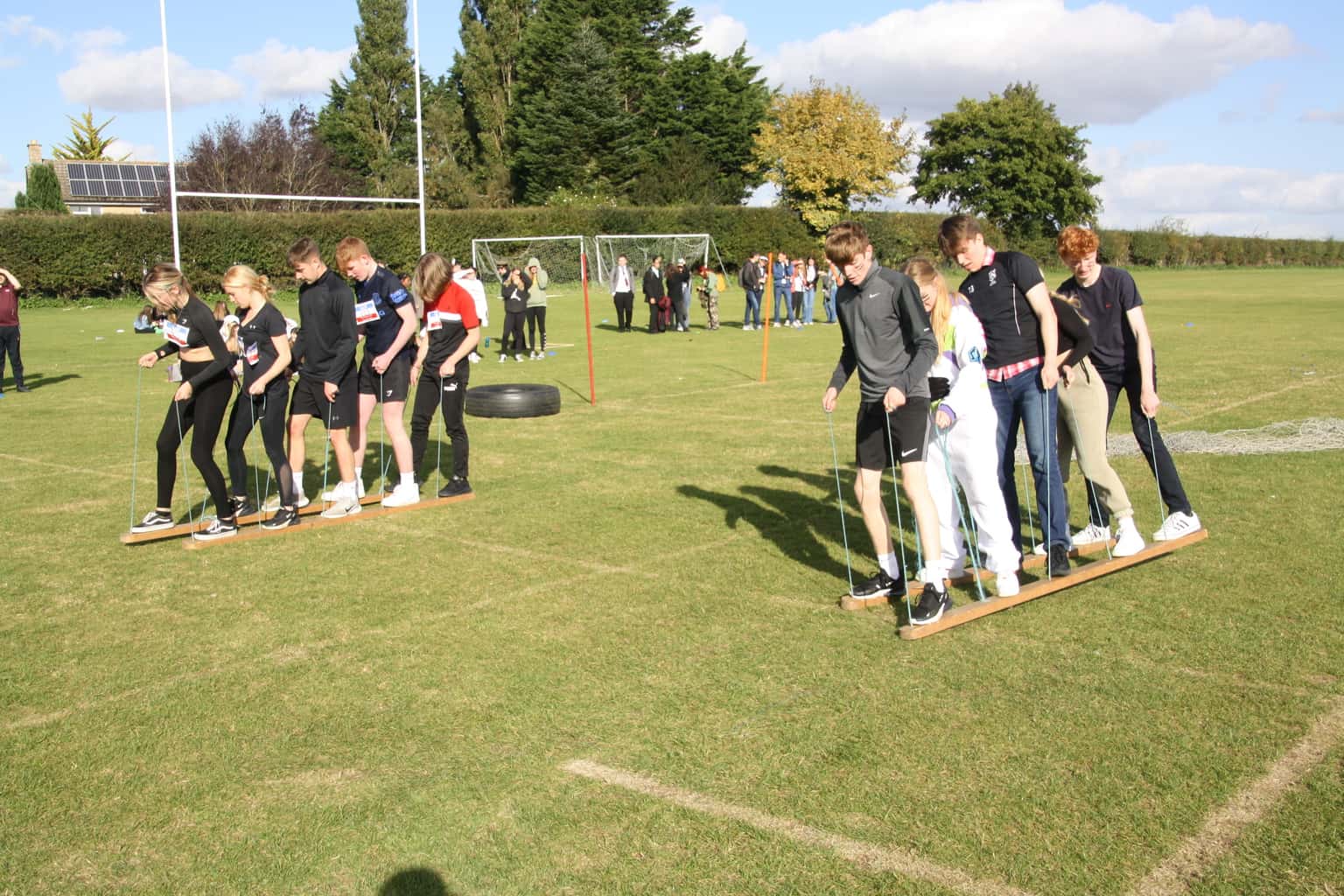 The same amount of enthusiasm could be seen over at the military gun run, with many saying that they have never seen assault rifles assembled out of logs and tyres as quickly as this before. After their immense victory on the assault course, many thought that Mr Gordon’s team were guaranteed winners. However, Mr Bennetts’ form were moving through the ranks and with their very own nun it was clear to see that even God was on their side. After a highly anticipated final, that had the whole of the sixth form spectating, Mr Bennetts’ form proved triumphant and now hold the record for this historic event. 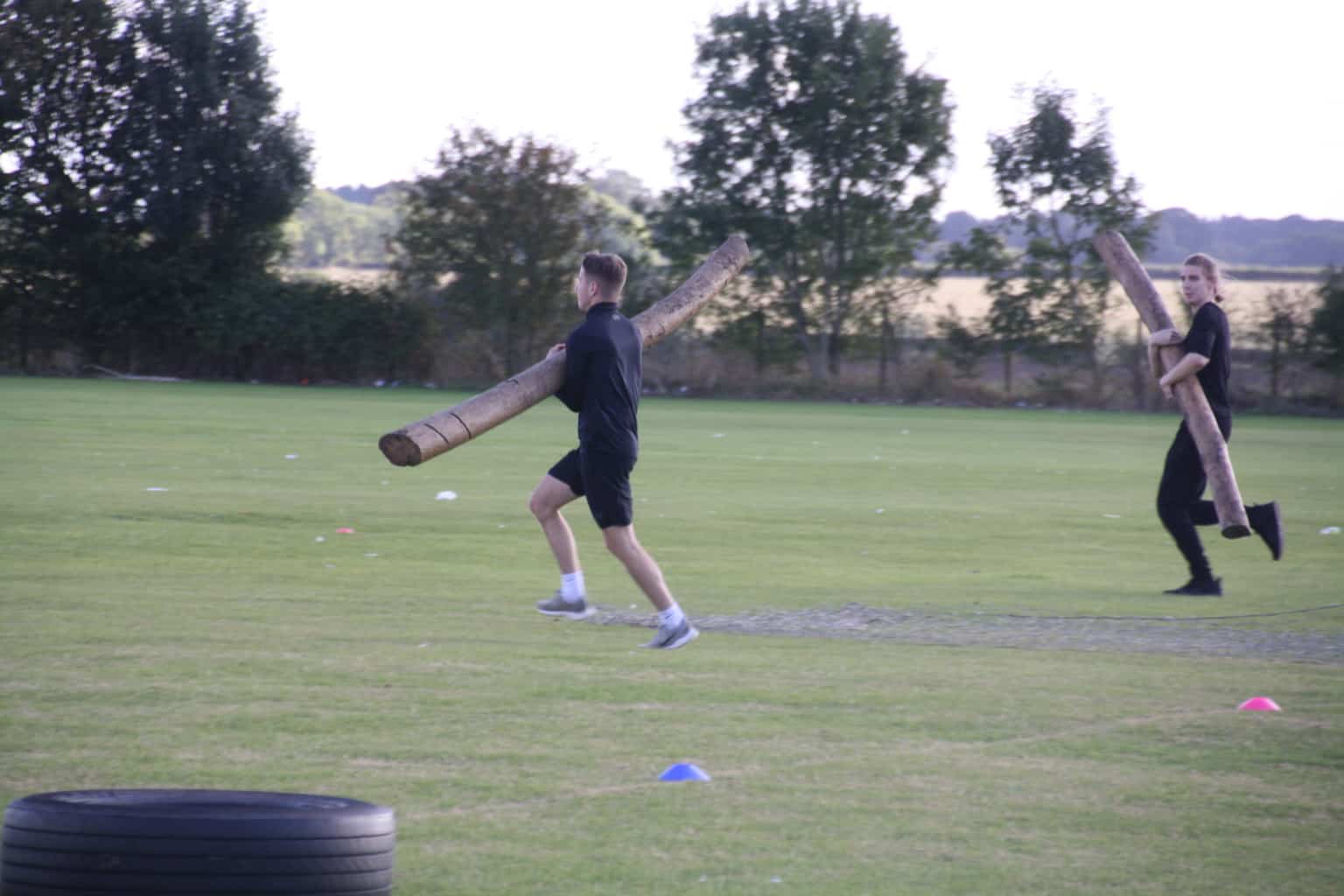 With this being said an honorary mention must be given to Miss Pickwick’s form as they won best dressed and rightly so. Their theme was British icons, which brought us the likes of the Queen, Churchill and the best yet, Miss Pickwick sporting the classic knee cut shorts, obnoxious coloured shirt, bum bag and bucket hat that completed her look as British tourist.

Overall, the day was a giant success as after all, sixth form events are back on! And where else would you have found this much entertainment? 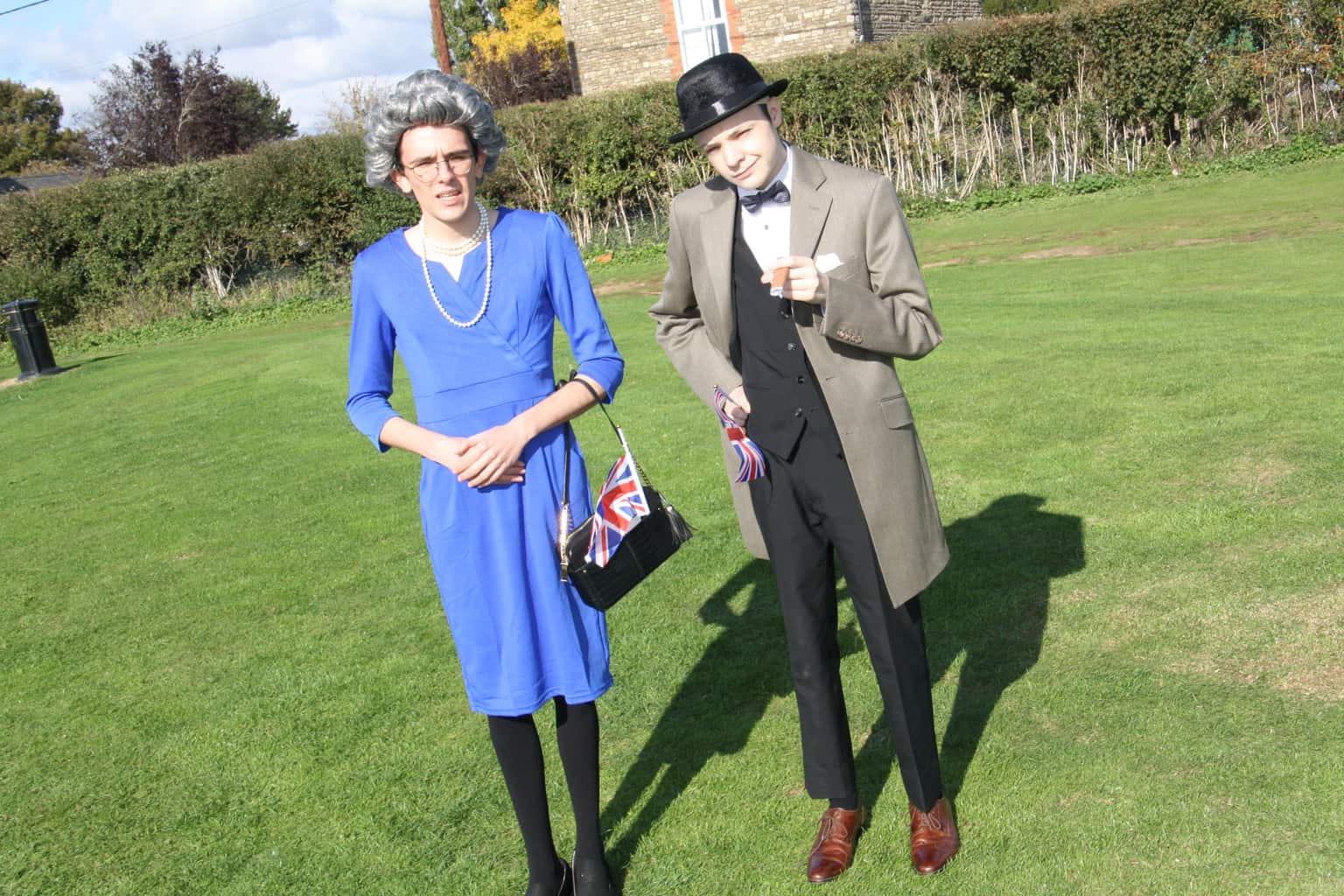 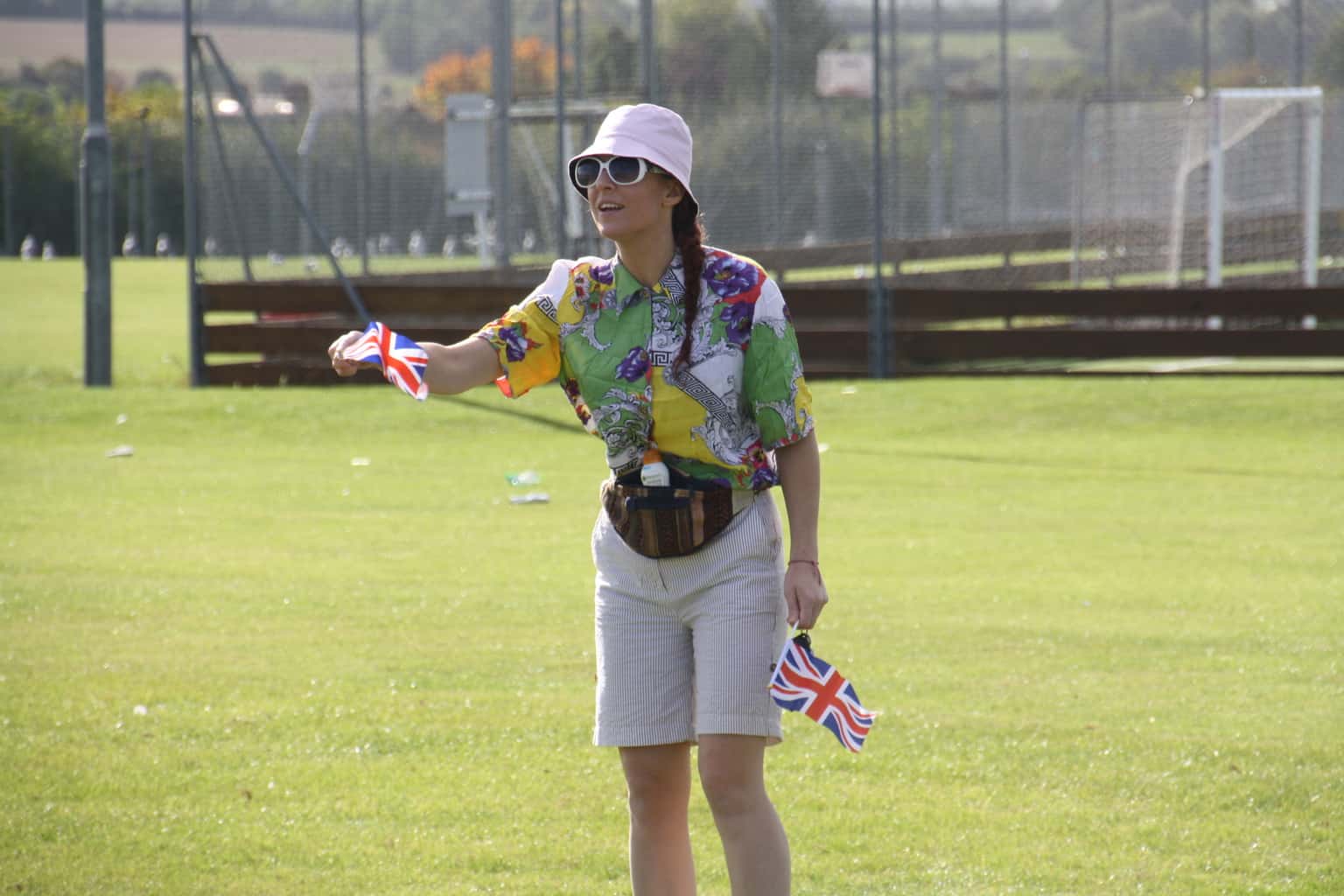