The name CERN is derived from the acronym for the French Conseil Européen pour la Recherche Nucléaire, a provisional body founded in 1952 with the mandate of establishing a world-class fundamental physics research organization in Europe.
A group of twelve students from year 13 had the amazing opportunity to visit CERN, near Geneva, which is home to the Large Hadron Collider (LHC). No surprises then, as the name suggests, the LHC not only weighs more than 38,000 tonnes, but also runs for 27km in a circular tunnel 100 metres beneath the ground.
The LHC allows scientists to reproduce the conditions that existed within a billionth of a second after the Big Bang by colliding beams of high-energy protons at speeds close to that of the speed of light. This was the moment, around 13.7 billion years ago, when the Universe is believed to have started with an explosion of energy and matter. During these first moments, all the particles and forces that shape our Universe came into existence, defining what we now see. By recreating these collisions, scientists can study the fundamental constituents of matter and the forces acting between them.
The students had a tour of the facilities, including the ATLAS control centre, and a journey across the border to France, to look at dipole and quadrupole magnets that bend and focus the beams of protons, keeping them aligned in the LHC. The tour concluded nicely with students having lunch in the CERN café sat amongst academics, scientists and engineers who are involved in innovative research!

Students immersed themselves in the local culture by dining at a traditional Swiss restaurant one evening, and a few students even participated in the local entertainment by having a go at playing the Alpine horn. 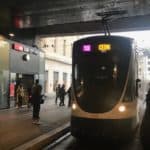 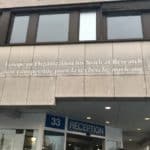 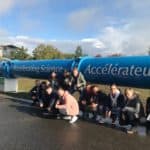 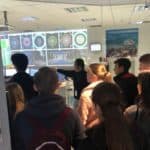 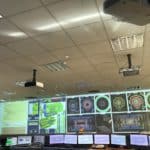